When Russia invaded Ukraine in February 2022, the tragic scenes we watched on news channels were incredibly difficult to watch. Like most people, a fire lit inside us to help the citizens of Ukraine, but there appeared to be nothing we could do personally aside from donate to Ukraine aid charities.

This fire began too difficult to extinguish, and we decided we had to take action ourselves. But how?

Our only point of reference was a Ukraine shop that we knew in Twickenham, which happened to be being featured on the BBC as a collection point for Ukrainian Aid. So we headed to south-west London, and once there, we offered to drive aid to the heart of Ukraine for them – should they need a driver.

Two days later, we were contacted by a woman called Anne Mullins from a charity called “Barnes Golden”, a golden retriever group based in Barnes, London. She asked me If I would be willing to drive to Kyiv with 800kg of dog food that was desperately needed there by a vet called Svetlana, who had been rescuing a number of dogs left behind by their fleeing owners.

The backstory to this is Anne and Barnes Golden had recently sent Elena Ushen in Odessa, Ukraine £2,000 to help Elena rescue 150 dogs being housed in a monastery that she had taken over the border to Romania in multiple trips. The £2,000 stretched a lot further than necessary, so the balance was given to Svetlana.

Accepting this mission, we quickly purchased an old Transit van and 2 days later set off to London to the 800kg of dog food and other items donated by the group. Realising that there was still plenty of space left in the van, we got in touch with Katie of KT MAXX Discount Foods.

KT MAXX Discount Foods are a truly special business who specialise in procuring short-dated food and working with UK food banks to support poverty-stricken families, especially in the backdrop of COVID-19 and the cost of living crisis.

Katie quickly informed us what additional supplies she deemed as suitable and what was ready to hand. Three pallets were prepared and shipped that day, arriving in Southend-on-Sea the following day when we completely packed the van.

A long journey awaited us. A short drive to Harwich, then the 9 hour ferry to the Netherlands, our travel to the Ukrainian border culminated with a 19 hour drive to the Polish town of Medyka, a town heavily exposed to the international press due to the mass exodus of Ukrainians fleeing through this route.

Medyka was much quieter than we expected, with the flow of traffic somewhat reversed, as many Ukrainians were returning to their homes. This was because a large proportion of Russian forces had left the areas close to Kyiv some 5 days before and were now on the move east to re-enforce the war front in Donbass.

This didn’t make crossing the border any easier. After 14 hours and 2 attempts, due to our lack of ‘original document’, we moved on and tried a different border the next day.

The next morning. we travelled 25 kilometres north to Korczowa, passing both Polish and Ukrainian passport control – now having the obstacle of Ukrainian customs. The customs were naturally chaotic, but with the trusty hand of Google Translate and a friendly Polish driver, we finally managed to exit on the road to Lviv by 5pm. It took us 8 hours in total, which is apparently very efficient!

Blessed with the company of hitchhiker Steve from Tunisia, wanting to return to his house in Lviv, we moved forwards, reaching Lviv after two hours and numerous armed checkpoints. Upon arrival, we contacted two Brits we met on the ferry, Andy and Nick from Dorset.

Andy and Nick had already been in Lviv for 2 days, having driven there to help evacuees transfer from Lviv train station to the Polish border.

Their experience in Ukraine proved invaluable in providing us information about the current situation in Lviv and the rest of Ukraine.

Lviv was a shock in that it appeared almost ‘normal’, in that people were sitting in restaurants and coffee shops and walking around town. The train station and the road check points were the only places that war was evident.

We were slightly unnerved by speaking to people in Lviv, who had only known of aid being dropped in Lviv and then being distributed to Kyiv and surrounding areas by the Army or Ukrainian transcripts. This was due to the high level of danger these areas posed. Finding comfort in us only having to travel to a point 25km out of Kyiv, we set off at 8am the next day, after a sleepless night caused by air raid sirens (and nerves!).

This trip would normally take 8-9 hours, but with checkpoints every 20 mins and bridges blown in places, it took much longer. We got to within 50km of Kyiv before being diverted from the main road E40 in to the villages in the outskirts of Kyiv.

It was then when the scenes became distressing, witnessing the things you would only see on the news – countless destroyed Russian tanks, some still smoldering, buildings and bouses totally destroyed and terribly unfortunate people sifting through the remains looking for what was left of their belongings.

It was all incredibly tragic and very real.

Dogs being fed in Kharkiv

After a lot of diversions running through many of the villages, we finally arrived at Svetlana’s Clinic in Ohberk and was greeted very warmly by her and her assistants, where we quickly unloaded the van’s contents into her clinic.

Having now completed the task at hand, Svetlana took us to a Boarding House near to her clinic and we managed to make it to the supermarket just before the 8pm curfew. It was there that we were introduced to her husband, Alexandra, who is an artist but is currently serving in the Army – along with 80% of Ukranian men aged 18+.

I was given this portrait of Boris Johnson, painted by Alexandra and wrapped up with a letter from Alexandra’s Commanding Officer thanking Boris and our government for the UK’s assistance we have given Ukraine over the past years.

This has now been safely delivered back in London and is scheduled to be presented to our Prime Minister soon.

Svetlana promised me that her husband, being that he was now working in a logistics role in the Army, would make sure that the rest of the aid would get distributed into the villages and towns in the most desperate of need.

Within days, we were in receipt of many images of the distribution of our items, namely the towns of Irpin, Bucha, Kharkiv, Mykolaiv, Kherson and Zaporizhzhia. This was a great relief and showed our mission was a success – our aid was being consumed within days of it arriving in to Ukraine and by the right people.

Anne outside of 10 Downing Street 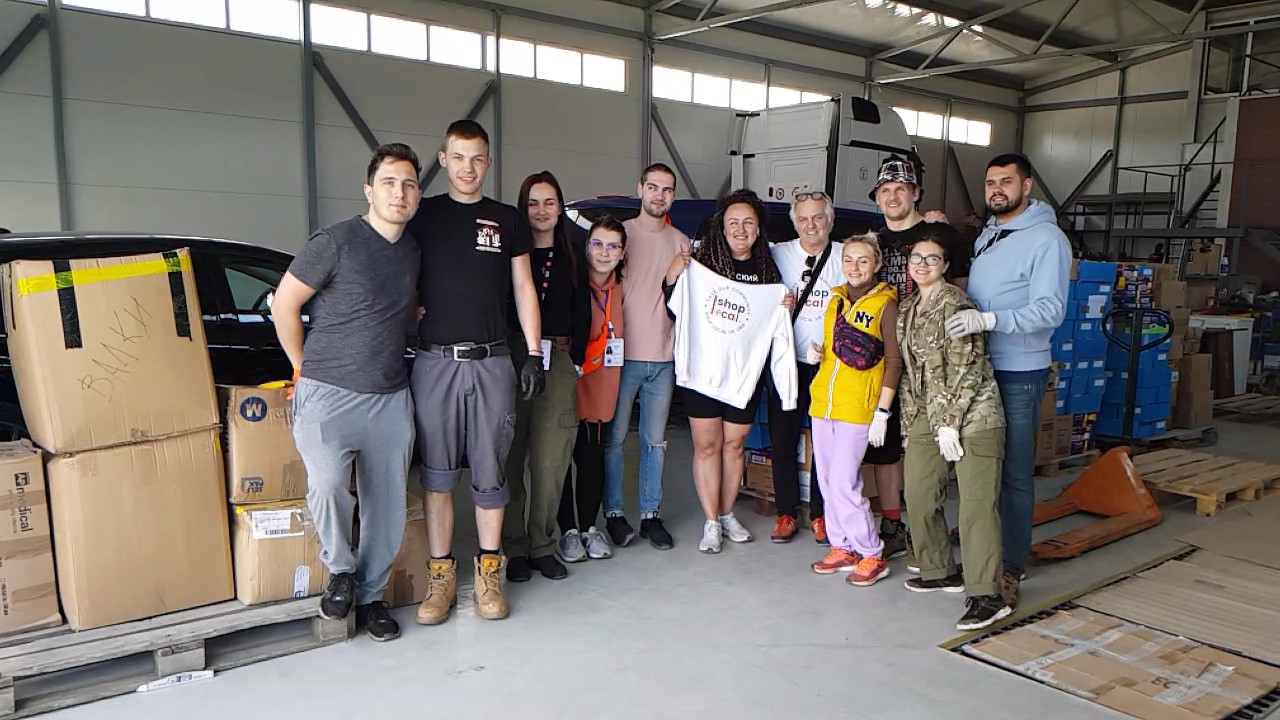 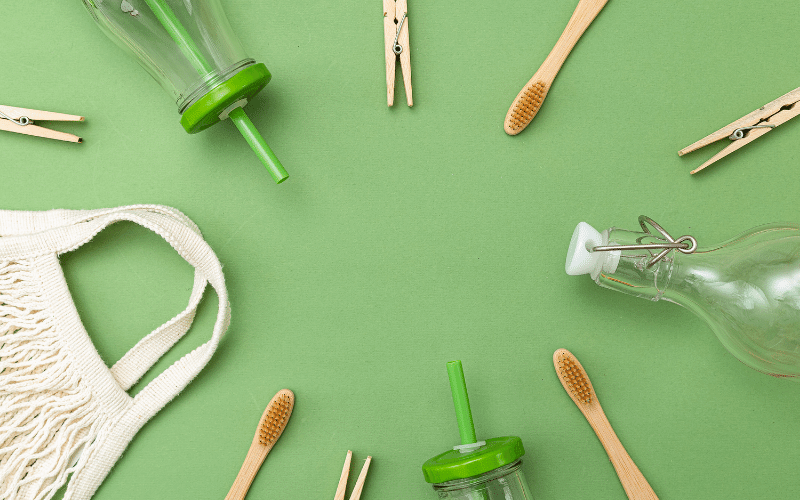 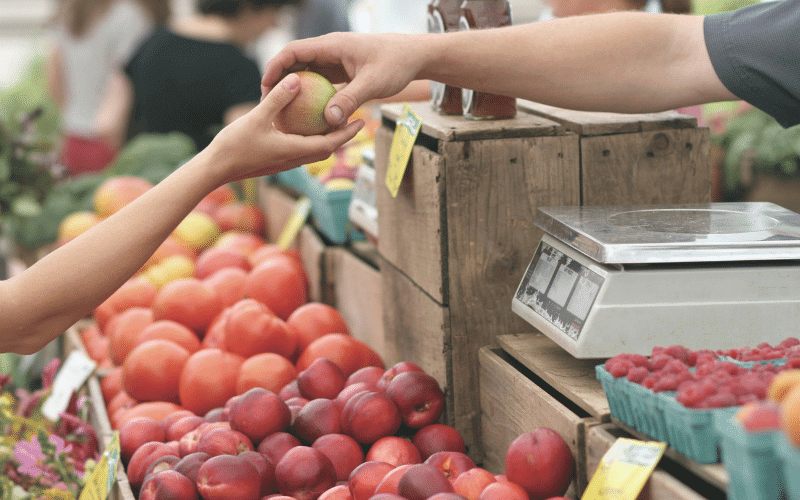 Join our mission to change the way we all shop. By subscribing, you’ll be the first to receive our latest newsletters, blogs, industry news as well as progress updates on how our campaign is going. You’ll also receive a special welcome pack, for free.

Sign me up
Wow! What a magnificent Crystal. Head on over to @

Our cotton tote bags are very popular due to their

How beautiful are these hand drawn wedding cards m 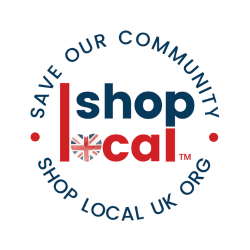 This website uses cookies to improve your experience while you navigate through the website. Out of these, the cookies that are categorized as necessary are stored on your browser as they are essential for the working of basic functionalities of the website. We also use third-party cookies that help us analyze and understand how you use this website. These cookies will be stored in your browser only with your consent. You also have the option to opt-out of these cookies. But opting out of some of these cookies may affect your browsing experience.
Necessary Always Enabled
Necessary cookies are absolutely essential for the website to function properly. These cookies ensure basic functionalities and security features of the website, anonymously.
Functional
Functional cookies help to perform certain functionalities like sharing the content of the website on social media platforms, collect feedbacks, and other third-party features.
Performance
Performance cookies are used to understand and analyze the key performance indexes of the website which helps in delivering a better user experience for the visitors.
Analytics
Analytical cookies are used to understand how visitors interact with the website. These cookies help provide information on metrics the number of visitors, bounce rate, traffic source, etc.
Advertisement
Advertisement cookies are used to provide visitors with relevant ads and marketing campaigns. These cookies track visitors across websites and collect information to provide customized ads.
Others
Other uncategorized cookies are those that are being analyzed and have not been classified into a category as yet.
SAVE & ACCEPT
0
0
Your Cart
Your cart is emptyReturn to Shop
Continue Shopping